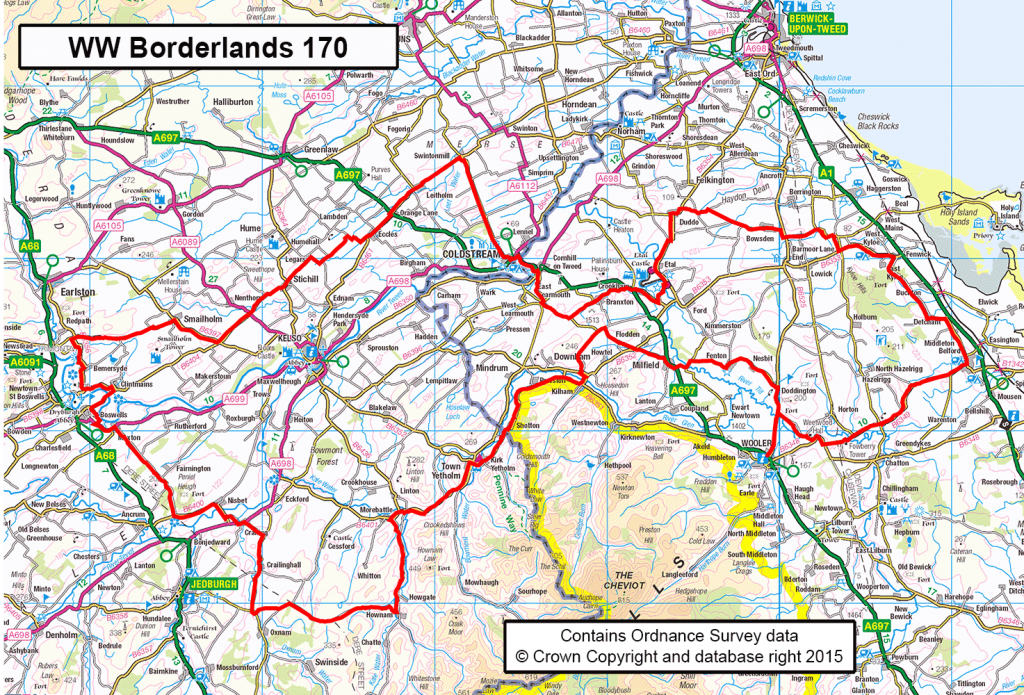 The WWB170 follows the same route as the WWB100 and WWB60 for the first 29 miles which includes the challenging climb up Lyham Bank followed by a segment running parallel to the coastal AONB giving marvellous views of Budle Bay, Holy Island and Lindisfarne Castle.  The  WWB100 and 170 stay together for a further 6 miles’ and then split after the feed station at Cornhill.

From Cornhill the WWB170 makes its way across the Border into Scotland by crossing the River Tweed at Coldstream.  Half the WWB170 route lies entirely within Scotland.  It proceeds along the gently undulating Tweed Valley, then climbs steeply to Scott’s View, named after Sir Walter Scott, with its breathtaking view of the Eildon Hills and the Tweed gorge beneath.  It continues through delightful countryside, past the imposing Waterloo monument, into Teviotdale.

From here, the gentle cruising is over as the route climbs (sometimes very steeply) into the Cheviots reaching its high point of 301m at Whitton Edge.  Then it’s downhill to Hownam, along the beautiful and gentle Kale Water Valley on to Town Yetholm where it merges with the WWB100 and crosses the border a few miles north of Kirk Yetholm.  The route follows the hilly road to the south of the Bowmont Water to Kilham where it strikes north to climb the steep Thornington Bank followed shortly by a strenuous climb up to Flodden Edge (too strenuous for some at this stage of the ride).  The final 10 miles into Wooler are an exhilarating descent into Milfield followed by a fast traverse of the Milfield Plain.  Don’t forget to allow a few minutes at the Doddington Dairy to reward yourself with one of their delicious ice-creams. 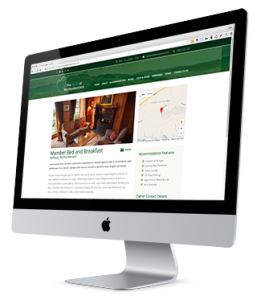